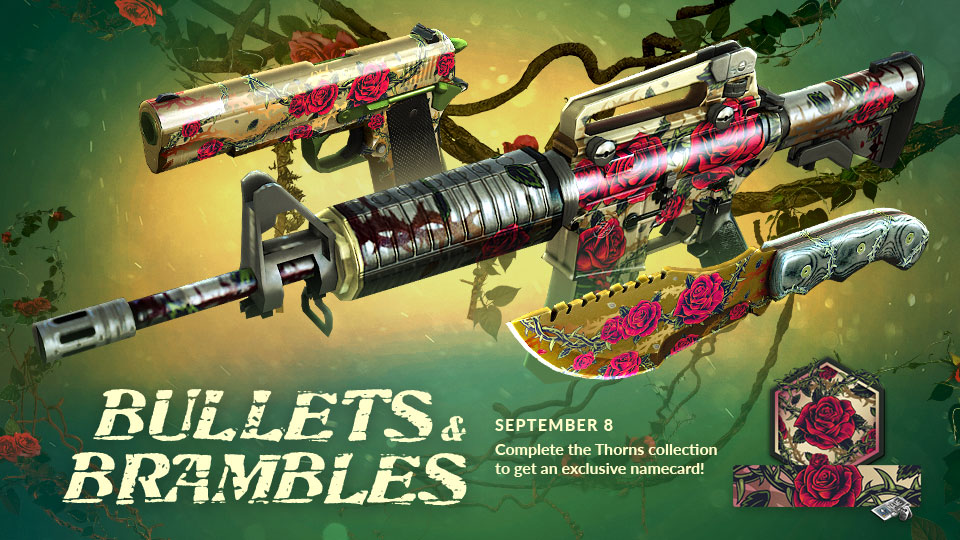 Every weapon has its bullets and every rose has its thorns...When you combine beauty and danger together, the result will be Thorns Crate: the most dangerous beauty!

Starting from September 8th, the New Thorns crate will be available in the Black Market with the following weapons to complete the collection:

You will get a legendary Namecard when you collect all weapons.

Looks can be deceiving!
-CrossFire Team!